QDot™ PbS QDs can be utilised in solar cells to capture more solar spectrum in the near infrared range. The QDs’ absorbance wavelength in the NIR range can be tuned, making the QDs promising for tandem solar cells made with other materials, such as silicon or perovskite solar cells. Current development of a stand alone PbS solar cell has already achieved 10% certified efficiencies. 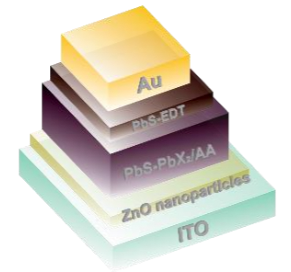 The device absorbs the light through all visible spectra up to NIR light (tunable from 700 – 2000 nm). The obtained solar cell using our PbS QDs show promising power conversion efficiencies up to 8.77%. 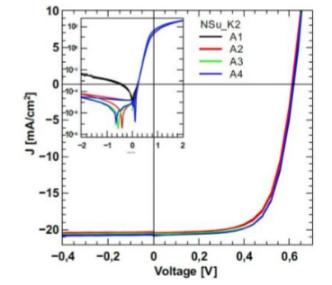